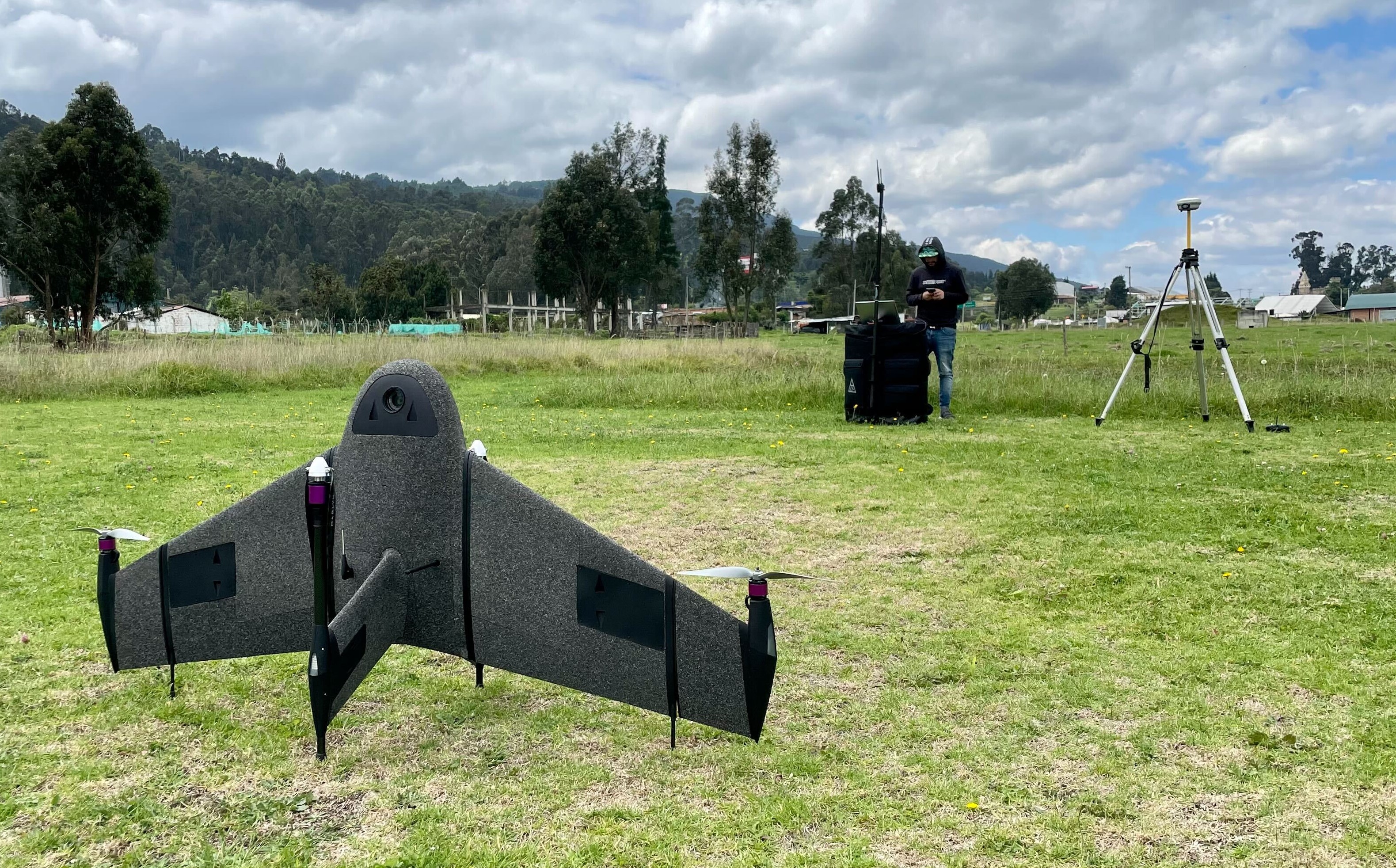 Over the past decade Drone surveying has fast become an accepted method of gathering useful data. But overall the uptake of drone technology within the survey industry is still in its early stages. So why should you contemplate a drone for your survey?

‍Why should I use drones for mapping and surveying?

Over the past decade Drone surveying has fast become an accepted method of gathering useful data. But overall the uptake of drone technology within the survey industry is still in its early stages. So why should you contemplate a drone for your survey?

‍What Is a Survey Drone?

A multirotor is a drone which flies using the same philosophy as a helicopter, 4, 6 or 8 rotors are used to provide thrust and keep the drone in the air. These drones are extremely versatile, with capability of flying a wide variety of flight missions and carrying a wide variety of payloads.

A fixed-wing drone flies using the same philosophy as an aeroplane, 1 or 2 rotors are used to provide thrust, and the aircraft’s wings keep the drone in the air. These drones are less versatile than multirotors in their flight missions, but are capable of flying massive distances due to their much more efficient flight regime. The main disadvantage of these is that they must belly-land, causing wear and tear to the drone’s precious components.

A VTOL is a combination of the best elements of multirotors and fixed-wings, taking off and landing like a helicopter, and transitioning to fly like an aeroplane. These drones have a large amount of versatility as well as a long flight time. As Beyond Visual Line Of Sight flights will eventually become more routine, Fixed-Wing VTOLs will become the go-to drone for many applications.

What issues can drones solve?

The main existing methods of surveying and remote sensing are shown below. For situations requiring high accuracy over smaller areas, typically terrestrial methods like total stations or laser scanners will be used.

‍‍When the areas and corridors are much larger it is possible to use fixed-wing aeroplanes or even satellites to develop your survey, although the accuracy will be less than with the terrestrial methods. Each of these methods has its advantages and disadvantages though, the main elements of which are mentioned below.

What are the benefits of drones?

Drones move fast (12-18m/s) capturing vast amounts of data as they go, meaning large areas can be mapped up to 10x faster than terrestrial methods.

Since drones fly high above the site, inaccessible or dangerous areas can be mapped without risk, plus without downtime for the sites that are caused by terrestrial surveys. Read more about drone surveying safety.

Rather than the point-to-point data obtained from traditional surveying methods, drone surveys capture the entire survey area. A cloud consisting of millions of data points means that you can pick-and-choose which data components you need, and that potentially important terrain features aren't missed in the survey.

UAV photogrammetry is unaffected by clouds and inclement weather, and the data is owned by the user, rather than the data rights being retained by the third party

Surveying drone solutions can produce surveys with different degrees of accuracy, depending on the requirements of the project, and the capabilities of the drone.

With the assistance of PPK, RTK, Ground Control Points, it is possible to attain accuracies of as low as 1cm in the absolute.

As a typical rule of thumb, drone surveys accuracies are approximately 2-3x the ground resolution of the model. So if your images have a pixel resolution of 0.8cm on the ground (known as the Ground Sample Distance or GSD), the expected accuracy will be 1.5 - 2.5cm.

An example of this can be found here.

How Does Drone Photogrammetry Work?

It is well-known that if you see a feature from three or more known positions, then you can calculate the features' location in x, y, and z very precisely.

Drone photogrammetry works using exactly this method. The drone takes overlapping photos of an area with its onboard camera, with each image having a precise geotag of its x, y, z, position. The images and GPS data are downloaded from the drone, and photogrammetry software like Pix4D or Metashape can then compare each image and calculate unique features within each image (known as tie points), which are then put together into a ‘point cloud’ which is explained in more detail below.

To increase the accuracy of the drone survey, known points on the ground called Ground Control Points (GCPs) can be used, which are then identified in the photogrammetry software to boost the overall accuracy of the model.

Another way of boosting the accuracy is by using Real-Time-Kinematic (RTK) or Post-Processing-Kinematic (PPK) capabilities, in which the drone’s on-board generated Geotag is corrected using data from a separate GNSS base station on the ground.

What are the Deliverables?

Point clouds are essentially the simplest form of 3D models. They are collections of individual points plotted in 3D space. Each point contains several measurements, including its coordinates along the X, Y, and Z-axes, and sometimes additional data such as a colour value, which is stored in RGB format.

An Orthophoto is an aerial image that has been geometrically corrected to remove terrain effects, distortions that result from the camera’s lens, and the angle & height that the photo was taken from in the drone. The goal of an Orthophoto is to have a stitched-together image where distance measurements are the same across the entire picture, and with a geographic reference to the Earth, so each pixel in the photo can be accurately used for useful surveying measurements.

By triangulating the tie points on each image, photogrammetry gives the range (a variable distance) to the Earth. Hence, each point in the point cloud contains an elevation (z) value, which a DSM represents as a 3D surface. The only shortcoming with a DSM is that this z value can come from the top of buildings, tree canopies, powerlines, and other features, representing both the natural and built features across the Survey area.

A Digital Terrain Model (DTM) is a DSM in which terrain data has been further enhanced by removing the elements of the built environment, such as buildings, trees, etc., revealing the exact contours of the terrain beneath. Depending on the area, Photogrammetry data can be augmented with LiDAR or terrestrial survey data to increase the accuracy of the terrain model.

How do Drones make money?

But how do drones affect the bottom line? Like all methods of data gathering, UAV’s have their niche in which they can make a big difference. Even within the drone world, the type of drone can also influence the niche in which the Return on Investment is the strongest, but mostly drones can make your money back in large areas and corridors. An example of this is shown in the table below;

Therefore, it can be seen that despite the €10,000 - €25,000 upfront cost of a surveying drone, this investment can be recouped in as little as 1-2 weeks of surveying a large project area.

Within the scope of surveying projects, the ways in which drones can make money is multi-faceted, and limited only by the imagination of the project team. Different applications will have different benefits which are realised from the accuracy and completeness of data of a drone survey. For example, a mine site which accurately knows the size of its stockpiles can accurately assign how many trucks will be required in order to transport it, or whether enough volume has been reached to meet required volumes. Thus ensuring minimum wastage and maximum efficiency of the resources on site.

So therefore, it can be said that drone technology has matured to a point where they are now an effective niche for accomplishing larger survey tasks with a survey-grade degree of accuracy.

Interested in utilising drones for your next project? Get in touch sales@atmosuav.com and we would be happy to help make your project reach greater heights! 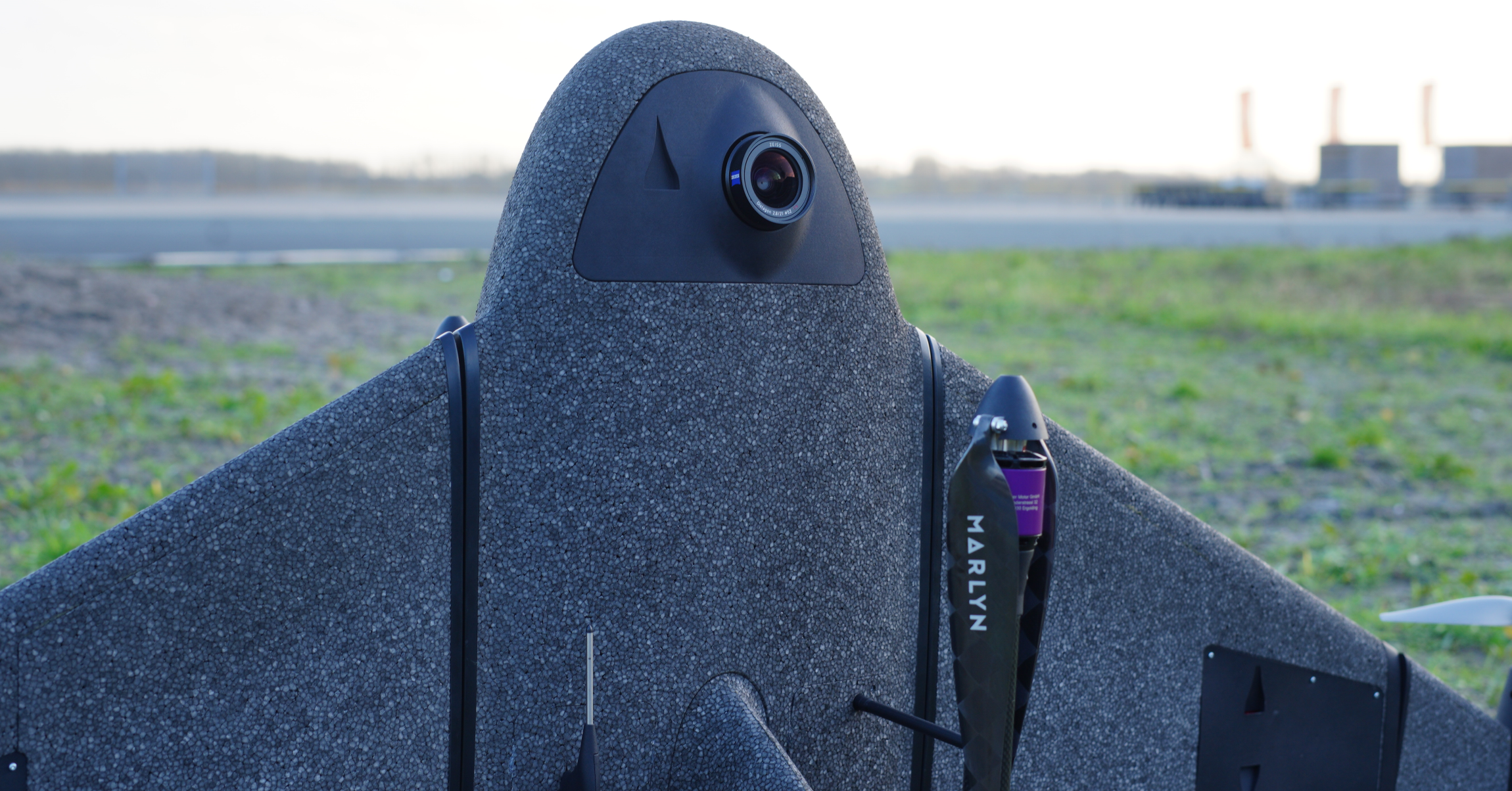 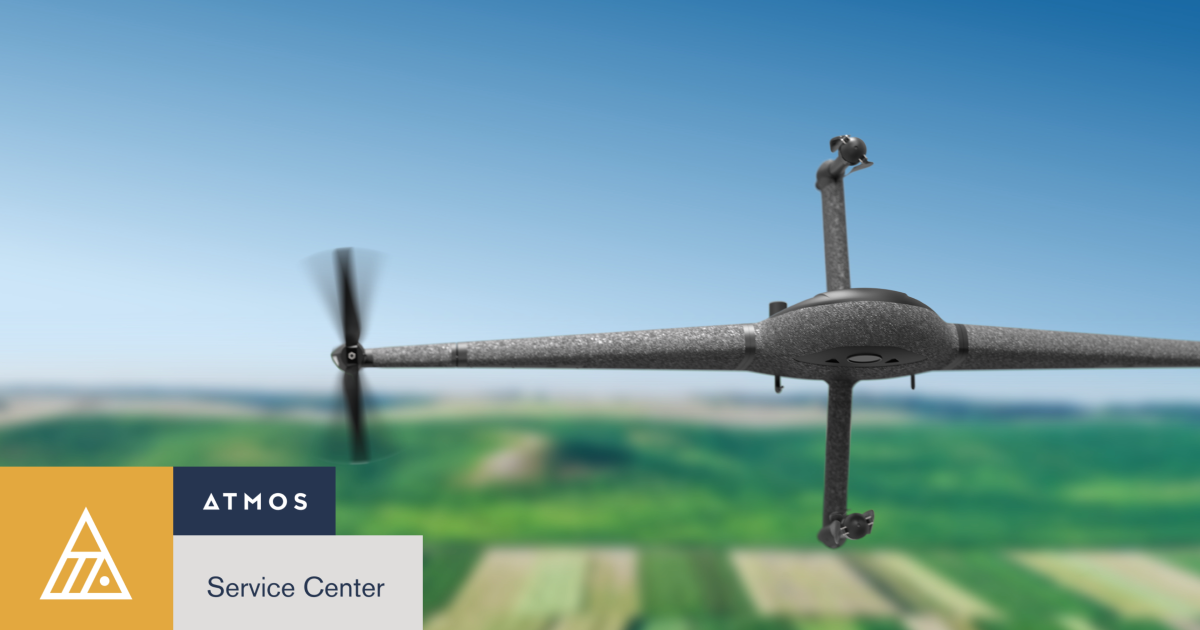 Following customer demand and strengthened by feedback from our global drone reseller network, it gives us great pleasure to announce Atmos Service Centers that will enable our global Marlyn user base to get their Atmos products serviced, maintained and repaired locally
Read More 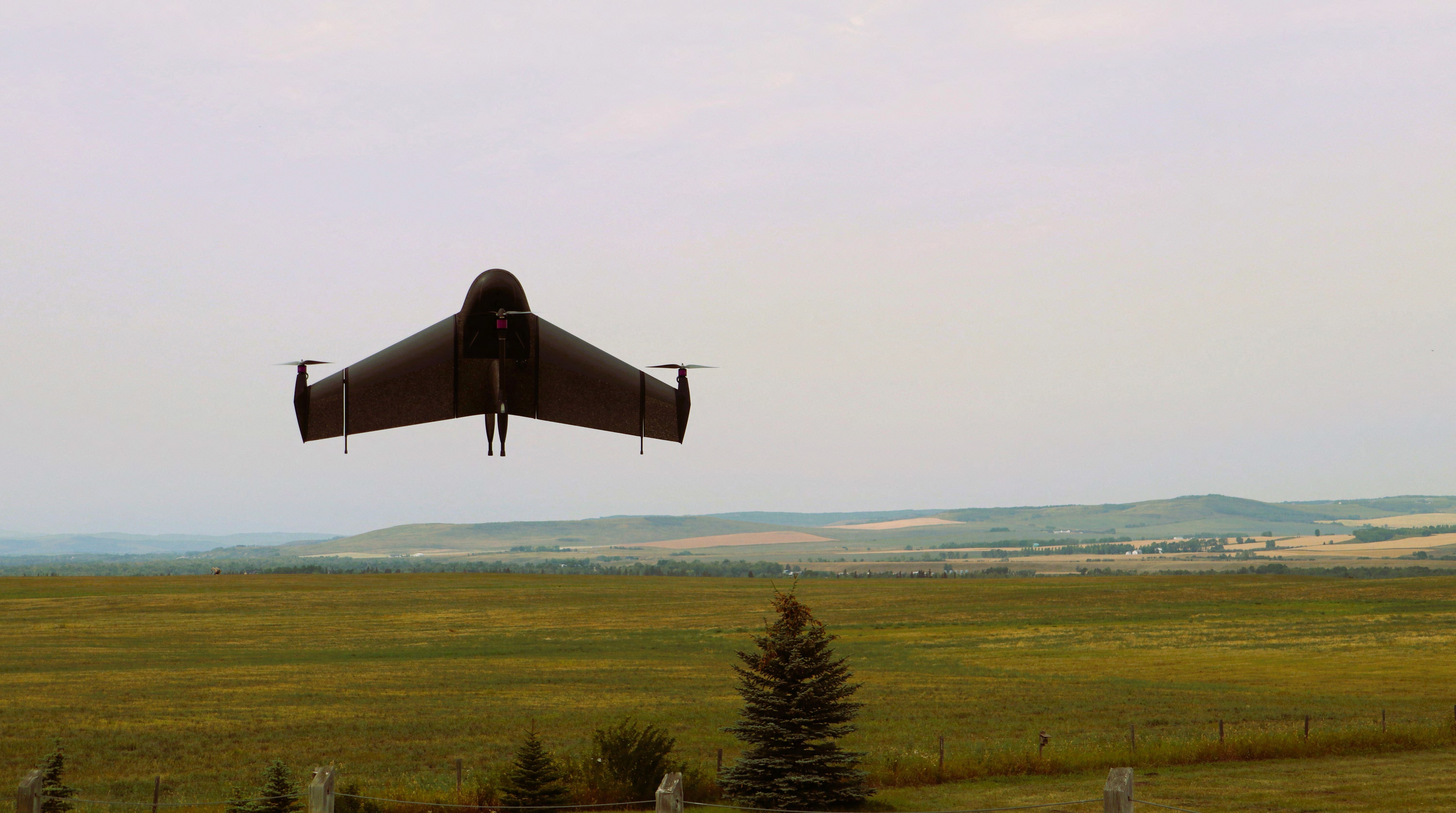